A striking new public artwork reflecting the vitality and beauty of the Great Barrier Reef has been unveiled on the Cairns foreshore. Created by Cairns Indigenous artist Brian Robinson, the 6m high and 11m wide helix depicts a wave of marine creatures led by a life-size stingray, reflecting the diversity of the reef. The polished silver sculpture with its mirror-like finish frames the view of the Coral Sea from the landscaped park lands of the Cairns Esplanade. 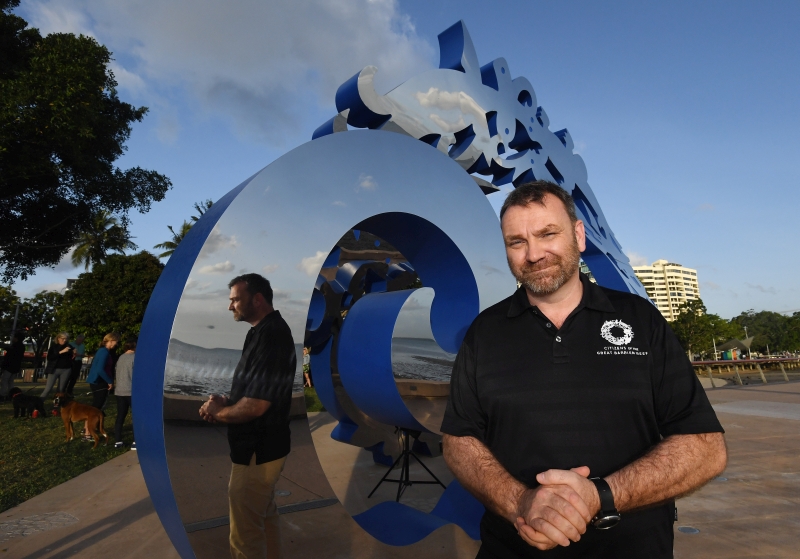 ‘The stingray is my family totem from my mother’s people, the Wuthathi from Shelburne Bay,’ he said.

‘Adding to its aesthetics are marks drawing on the carving traditions of the Torres Strait, the distinctive graphic style with origins in Melanesian artistry, in the rhythmical forms of pattern and dance.’

‘Stingrays capture the spirit of the Citizens of the Great Barrier Reef as they glide over the Reef without touching the coral, just as humankind should not touch the Reef.’ 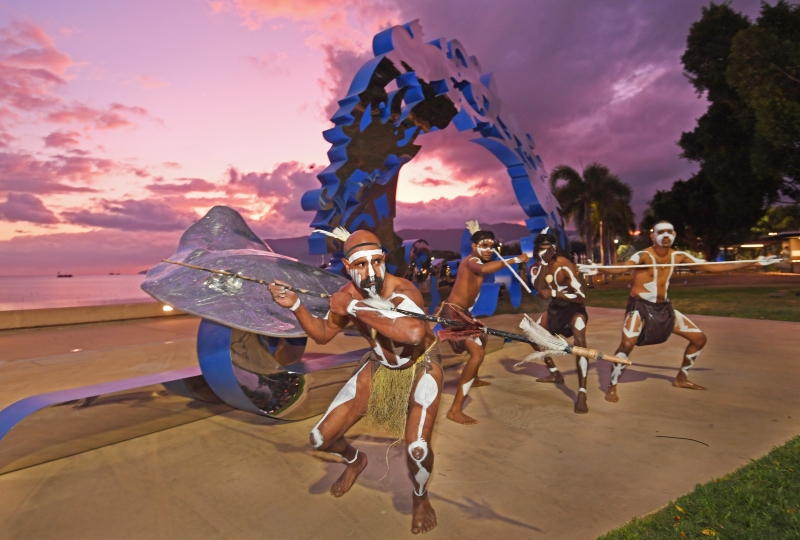 Six local Aboriginal artists from the Gimuy Walubara Yidinji people and the Yirrganydji people have created stingray designs which are sandblasted into the ground plane of the artwork to convey the unique cultural life and expression of Tropical North Queensland and the significance of the Reef and oceans to these people.

The significance of the surrounding environment for local Aboriginal people is bound to the spiritual origins of the landscape and their creation stories which includes the sea and its flora and fauna. The Aboriginal people who live in the Great Barrier Reef region express a strong and continuing sense of custodianship and responsibility for their country that comes with obligations defined by custom and tradition. 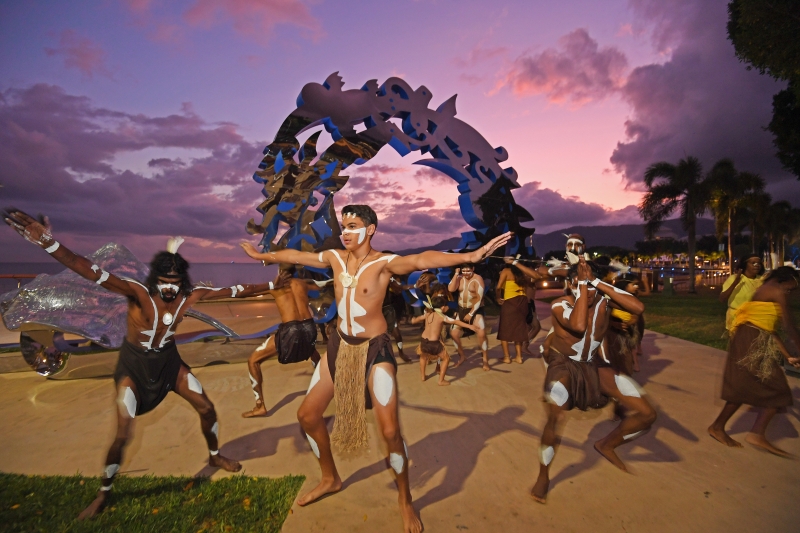 The Citizens Gateway to the Great Barrier Reef will act as a window to showcase the world’s best-managed reef by capturing the imagination of people around the world and engaging with those who visit this World Heritage listed icon.

Join the Citizens of the Great Barrier Reef and visit the Cairns Esplanade to view this new work of art. 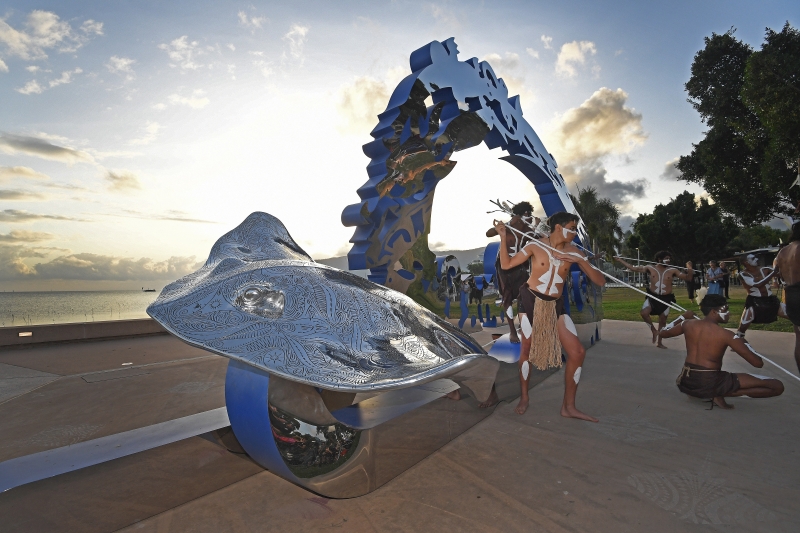