Corals spawn on cue for Great Barrier Reef – here’s everything you need to know about coral spawn!

Soft corals on Moore Reef, a reef on the outer Great Barrier Reef east of Cairns, began releasing eggs and sperm right on cue this week. Marine biologists were on hand to witness this exciting annual coral spawn event.

Marine biologists Stuart Ireland from Calypso Productions, Gareth Phillips from Reef Teach and Pablo Cogollos from Sunlover Reef Cruises were based on the Sunlover Moore Reef pontoon and captured video of the night-time coral spawning.

“We had patchy spawning last night with the soft corals and one hard coral, but we anticipate the Acropora, Montipora and other stony corals will mass spawn tonight which is when it feels like you are swimming through an upside down snow storm,” Mr Ireland said.

“The spawn varies from small to tiny pink and mauve balls which represent either eggs or bundled egg and sperm masses, while cloud-like white slicks or ‘smokers’ represent individual male colonies.

“I like hunting down the individual colonies, it’s like playing join the dots. However, currents and the reef topography make this extremely challenging.
“Often you will find the spawn floating through the water, but be unable to trace it down to the releasing colony, or the colony may have just finished!”

Mr Ireland has been filming the coral spawn every year since 1996 and this will be the seventh year he has documented the event at Sunlover’s Moore Reef pontoon.

Mr Cogollos said Moore Reef was ideal because it had a great variety of corals alongside the pontoon which they used as a base to change diving equipment and light the Reef, allowing good footage each year.

“This year Sunlover has boosted the mobile signal allowing us to upload footage of the spawning almost instantly for viewing by marine enthusiasts globally.”
“I focused on the marine creatures that came out while the coral was spawning last night,” Mr Phillips said.

“Seeing all the invertebrates such as worms and shrimps is amazing as their behaviour, as well as the look of the Reef, is so different on the night of the spawning.
“The big boulder corals will be beautiful to watch because they look like they are smoking with tiny sperm and eggs emerging from their small coral polyps.

“It is an extraordinary time to be out on the Great Barrier Reef as there is still so much we don’t know about the spawning. It was only discovered in 1982 and it happens just once a year.” 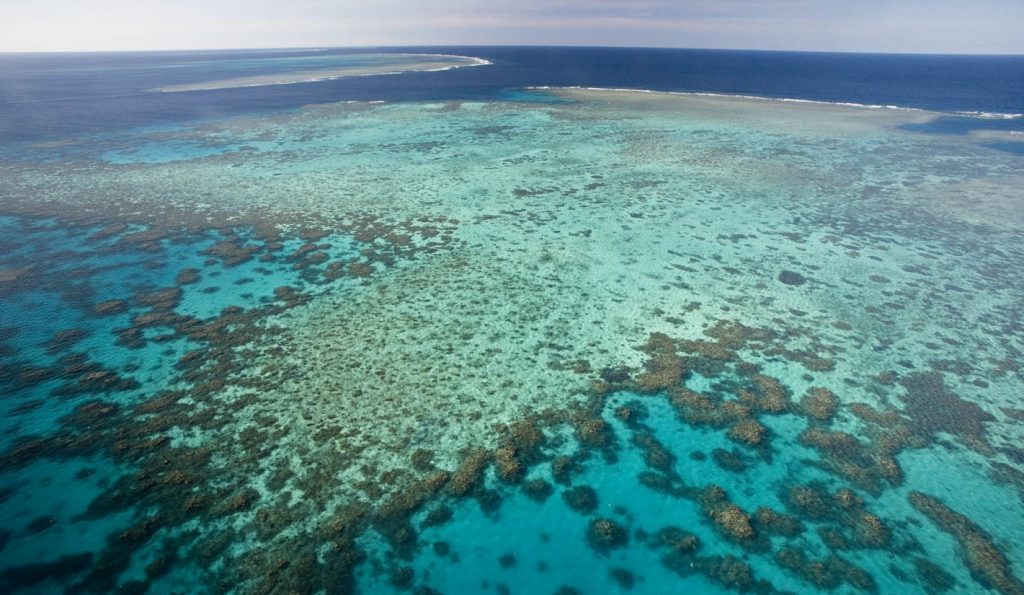 Mr Ireland said the special event showed that the Great Barrier Reef was resilient despite the challenges that man and climate change had thrown at the World Heritage Area.
“Every year is different and getting to see the coral spawn can be tricky as different reefs go off at different times so it is easy to be in the wrong place at the wrong time,” he said.

“The coral spawns on the outer Great Barrier Reef around two to six nights after the full moon in November when the water is 27-28C, which it has been for the past month.”

“Last year we had a split spawn as the full moon was earlier in the month and the water temperature was not as warm.”

“The corals spawn around the same time to ensure a better chance of fertilisation. If you look at the tide chart four to six nights after the full moon, you will see there is little movement of water between the high and low tides.”

“During this time coral spawn rises slowly to the surface where fertilisation begins and coral larva called planula is developed. The planula floats around in the water for several days before settling on the ocean floor where it buds and starts a new coral colony. Most reef fish are sleeping during the spawning, hence the eggs are not preyed upon. However, if there is a slick of spawn left in the morning then it is a feeding frenzy for these smaller fish.”

“I enjoy filming the coral spawning every year as it gives me hope for the Great Barrier Reef. Despite the past bleaching events in 2016-2017, the fact we are seeing corals spawning means the functionality of the ecosystem is working, and while we see this, along with recruitment and regeneration, we can all have some hope about the Reef’s future.”

“While we should all have hope that the Reef’s in-built resilience will prevail, the one thing I do stress is that as humans we need to minimise our impacts on the Reef so it can continue its natural cycles.”