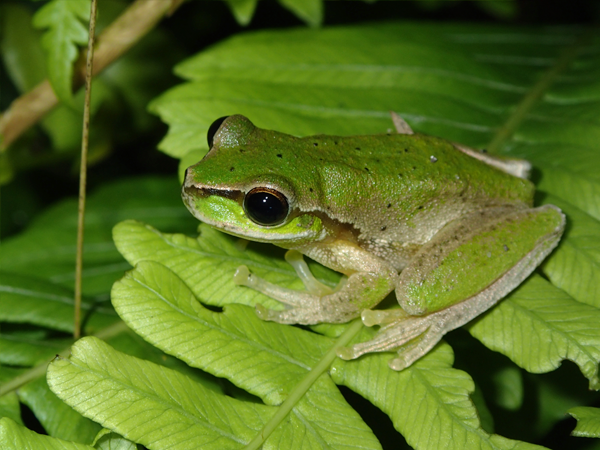 Frogs are an important indicator of the environment’s overall health. Their croaks, whistles, bleats and barks distinguish different frog species, with each one making their own unique sound. A new app from the Australian Museum is now available for anyone with a smartphone to record a frog call, providing valuable data on the health and status of Australian frogs.

How to help Aussie frogs

By recording a frog call with the FrogID app you will help to discover which frogs live in your area which helps contribute to the sustainability of Australia’s frogs!

Frogs are a sign of a healthy environment, but around Australia frogs are declining and many are endangered. By counting Australia’s frogs, more can be learnt about where they are and how they’re doing.

There’s no way scientists can count Australia’s frogs on their own. The country is simply too large and there are (thankfully) too many frogs. That’s where you come in. With FrogID, citizen scientists can help to Aussie frogs on the map!

Australia has over 240 known species of frog, almost all of which are found nowhere else in the world. Some species are flourishing, like the Striped Marsh Frog. But others have declined dramatically since the 1980s, and four have become extinct.

FrogID is a national citizen science project that is helping scientists to learn more about what is happening to Australia’s frogs. All around the country, people are recording frog calls with nothing more than a smartphone.

The data obtained through FrogID is used to track the Cane Toad and identify where frogs are thriving and where they aren’t. This data helps to link frog calls to weather and habitat, helping to figure out how different frog species are responding to a changing environment.

This information could be crucial in saving Australia’s frogs.

Explore the Interactive Map to see where frog calls have been recorded and view Australia’s top froggers on our FrogID leaderboard.