This time of year is an exciting time in Tropical North Queensland (while the rest of Australia suffers through winter!) as the Dry Season is one of the best times to visit Cairns and Port Douglas. Not only because of the balmy tropical weather but also because there are numerous exciting events happening at this time of the year!

Here’s a summary of some that might offer good reasons to head north for a tropical winter getaway.

The Cairns Festival is a celebration of Cairns multicultural society over eight days. Events are held around the city with the signature event, the Grand Parade waltzing along the Cairns Esplanade on 26 August.

The Festival has changed a lot since the inaugural 1963 ‘Fun in the Sun’ festival when the highlight of festivities was the annual Crocodile Race. Yep, that’s right! Live saltwater crocodiles were numbered and enticed to lurch along a crowded course. Check out this archival footage from the Grand Parade in Cairns

The Cairns Amateurs Racing Carnival offers two days of fun, fashion, glamour, food and entertainment built around horse racing in Cairns. 59 years on, the Cairns Amateurs is complemented by a host of social activities, some formal and some very informal including a number of Members-only and corporate functions as well as events and areas for the general public on both race days and is one of the top things to do in Cairns and the Great Barrier Reef. The balmy September climate entices large crowds of locals while race meeting prize money draws interest Queensland wide and attracts large race fields each year. The two-day race meeting is held at Cannon Park Race Course, however social functions that surround the Carnival abound at various venues across Cairns.

Adrenalin junkies hang on to your seat – this one’s for you! The lush rainforest of Cairns is made for a wet and wild weekend of downhill UCI Mountain Bike World Championship mountain bike racing. Cairns locals Tracey Hannah and Troy Brosnan in career best form and who will arrive in Cairns assured of boisterous local support.

Fans will be relishing the looming battle between home town hero Hannah and legendary Downhill rider and current world number three, Britain’s Rachel Atherton, which is shaping up to be one of the sport’s biggest show-downs.

Atherton, undefeated since 2014 until a heavy crash four weeks ago, has previously had the edge over her Aussie rival, but Hannah will bring a new level of confidence after her recent World Cup win and top of the table ranking.

“All Australian mountain bike fans should be booking their tickets to Cairns. The upgrades to fan routes and zones in the rainforest will make it easy to get out on the course and cheer on the world’s best riders including Tracey, Troy and the other Aussie riders,’ said Cycling Australia CEO Nick Green.

There are very few experiences that will stay with you for your entire lifetime but Opera in the Outback is one that will! This internationally renowned event has been running annually for over a decade and has been enjoyed by thousands of people. 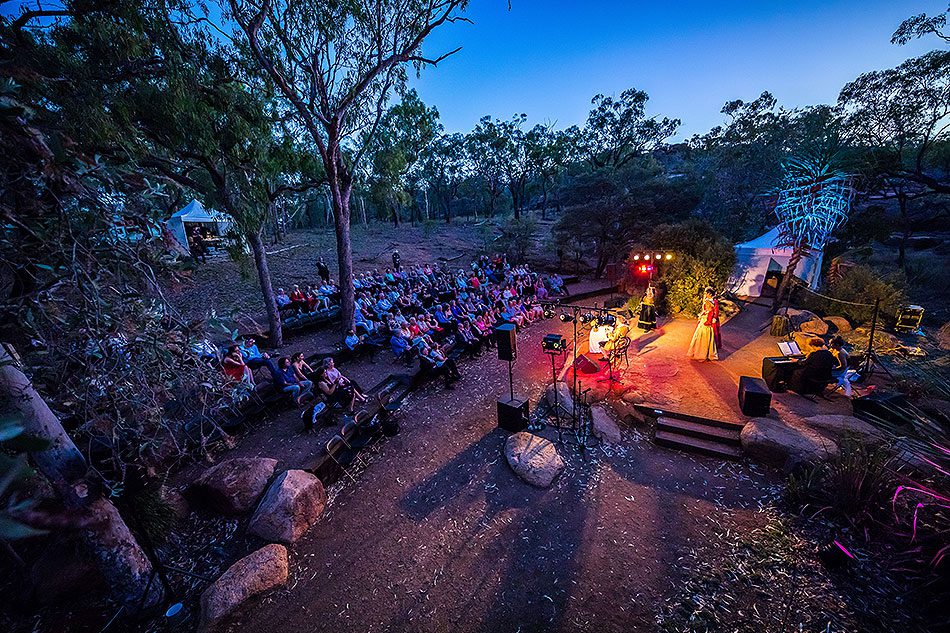 The 2017 Reef Feast promises a tantalising feast for all senses with the Taste of Palm Cove offering food from world class restaurants dished up in a beachfront setting with a soundtrack of tropical music vibes.

The best players and teams from around the globe will descend on Australia, New Zealand and Papua New Guinea in a tournament that will see 14 teams play 28 games over five weeks vying for the World Cup crown. This is the pinnacle event in international Rugby League.

Barlow Park in Cairns will host three pool matches in what is set to be the biggest sporting event in Australia during 2017. Starting with a Sunday double header, where Scotland take on Tonga and Ireland face Italy. The action will continue with Samoa battling it out with Scotland.

Book your accommodation at Thala and your tickets for the Rugby League World Cup in Cairns!