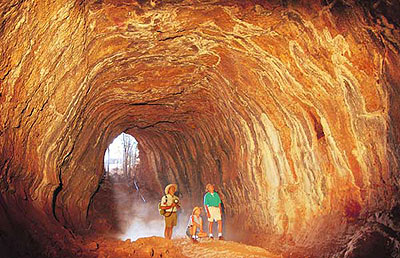 Considered some of the largest and longest lava tubes on the planet, the Undara lava tubes, located in Undara Volcanic National Park in North Queensland, have led to the formation of some spectacular underground caves.

The Undara lava tubes were thought to be formed by immense volcanic activity which occurred 190,000 years ago. During this fiery episode, twenty-three billion cubic litres of lava was estimated to have spewed forth from the Undara Volcano onto the surrounding Atherton Tableland.

The resulting lava tubes formed immense tunnels and caves, one of which is the striking Bayliss Cave, which is approximately 1.3 kilometres long, 11 metres high and 20 metres wide. Notably, it’s also been described as a “bad air cave”, as its carbon dioxide levels have been recorded to hit 5.9%. 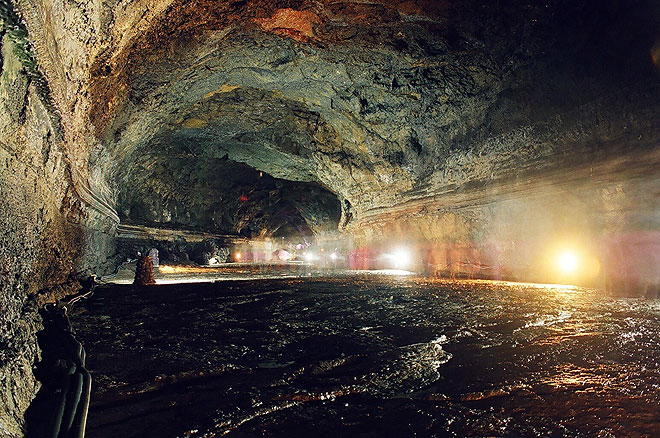 Fortunately for visitors to the area, there’s plenty to see and do, as during breeding season one can witness the microbats and night tigers wage war at the edge of surrounding caves. Here the night tigers (snakes) hang in the nearby trees and strike at the microbats as they pass. 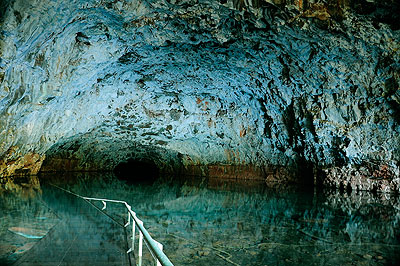 If you’re thinking this may not be your thing, night tigers are considered harmless and are uninterested in humans. And as Savanah guide Tim Morgan says, it’s not a case of why would you want to see such a spectacle, “it’s a case of why wouldn’t you?”

Dining options at Undara Experience include Bush Breakfast at the Ringer’s Camp, and the licensed Fettler’s Bistro, which is open for both lunch and dinner. Other facilities include a pool and a bar. There’s even tours of the local savanah that take you through the geographical and cultural history of the region.

Fortunately, the popularity and significance of the Undara lava tubes have led to the development of eco accredited tours in the region, which ensures visitors can enjoy the area without negatively impacting upon this rich geological environment.

Thala Beach Lodge can help you plan your trip to the Undara Lava Tubes during your stay.