Spectacular limestone caverns, passages and stalactites, in over 700 caves (some of which run for 11kms) comprise much of what is known as Chillagoe Caves, a 400-million-year old cave system located roughly three hours west of Cairns in the Chillagoe-Mungana Caves National Park. 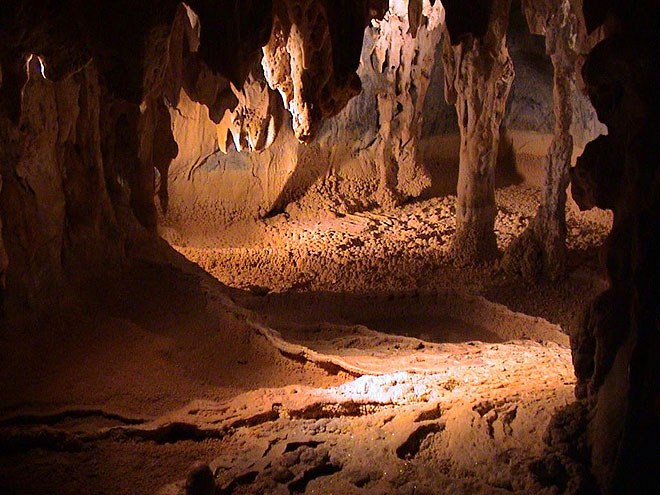 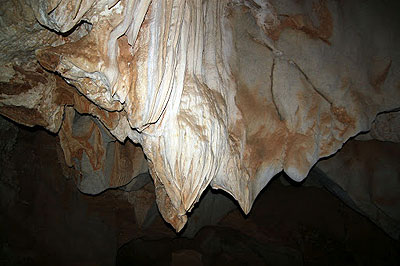 This striking, yet unusual rock formation formed after intense volcanic activity and mineralisation shaped the then coral reef environment. Today, the limestone appears from the surface in towering pinnacle outcrops known as bluffs that project 40 metres above the surrounding plains.

The immense caving system of Chillagoe further developed after rain and carbon dioxide created a mild acid that slowly ate away the limestone. The system’s damp conditions, coupled with carbon dioxide dripping onto the limestone, made for the formation of the sparkling crystals and brilliant stalectites and stalagmites found within.

The constant temperature of the caves also provides home to a variety of bats, some which use echo location to navigate their way around the system. Other creatures include spotted pythons, who feed off the bats by sensing their body heat. A perfect hunting technique for the cave’s dark conditions.

However, besides its unique geological environment, Chillagoe Caves is also a significant cultural site, containing evidence of Indigenous occupation which goes back 37,000 years. Located at the site are Aboriginal paintings, which are protected under law, as well as numerous examples of chipping rocks and quartz knives, which were used as axes in preparing food. 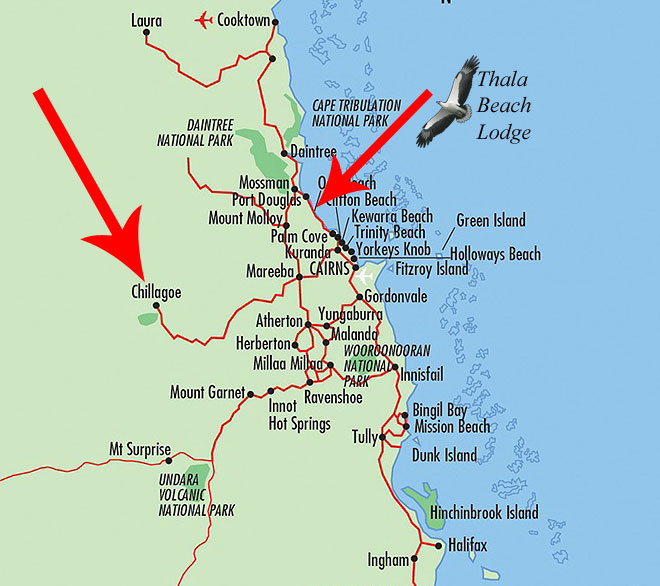 What’s there to do at Chillagoe Caves?

Besides partaking in the aforementioned activities, visitors can take a 600m walk (about 1.5 hours return) through passages and 11 chambers in the Royal Arch Cave, one of the bigger caving systems in the area. The walk contains shafts of light that reveal ancient cave formations, and the occasional darting bat will keep you on your toes. Hand held lamps are provided, and visitors are required to stoop in several sections.

The Donna Cave features a beautiful formation in the shape of the Madonna. This is a 200 metre walk, steps included, where visitors are taken through electrically illuminated sections of the cave. The Trezkinn Cave tour is 150 metres long and reveals a striking formation called ‘the chandelier”. The cave’s entrance also affords stunning views over the Chillagoe landscape.

Chillagoe Caves also contains three self guided cave walks, the Archways, Pompeii and Bauhinia Cave tours, with the latter two proving to be difficult walks where guests are required to bring their own torches.