During autumn in Antarctica, when ice forms on the sea surface and the air takes on a palpable chill, a great whale migration occurs, as these prodigious marine mammals head north towards the world’s more tropical waters.

Each year, around 2,000 Humpback Whales make the annual migration towards Cairns, where they mate and give birth in warmer, more nurturing waters. These rather acrobatic creatures are also the fifth largest animal in the world, and if you’re lucky, they can be spotted near Thala from July through to September.

During their great whale migration, young males typically lead the pack, while pregnant cows and calves pair up in the rear. The bulk of the pack is taken up in the middle by adult breeders, who grow up to 16 metres and weigh over 40 tonnes. Interestingly, it is only the males that sing the deep mournful songs which are believed to be part of the mating ritual. 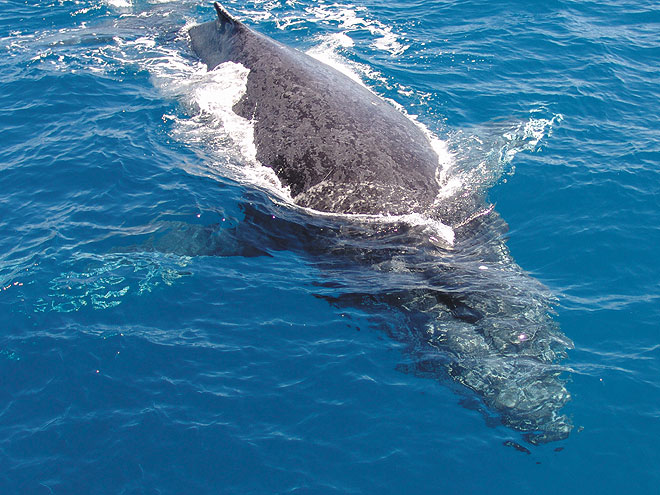 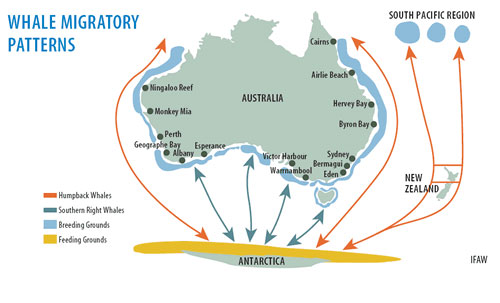 While not the largest whale, the humpback is considered to be the most iconic in Australia, as this playful animal is both valued and protected. This is far removed from the state of affairs in the 1940s to the early 1960s, when the whale was hunted and slaughtered for its oil and whalebone.

Today, there are several tours in the area which can be organised from Thala, that give lucky guests a closer look at the behaviour of these remarkable creatures. And with the humpback having the largest flipper of any whale (taking up one third of their body length), this proves to be quite a sight.

A highlight of any whale watching trip in the area is spotting Migaloo, or ‘white fella’ as he is affectionately known. This all white humpback whale, the only one of its kind in the world, has been a common sight around the Great Barrier Reef since 1991.

Another whale common to the area is the Dwarf Minke Whale, which can be found in the northern Ribbon Reef area (north of Cairns) from March through to October. The Dwarf Minke is a relatively new species, being only classified from the mid 1980s. Up to 200 Dwarf Minke Whales have been seen around the Great Barrier Reef, with the most common sightings occurring during June and July. 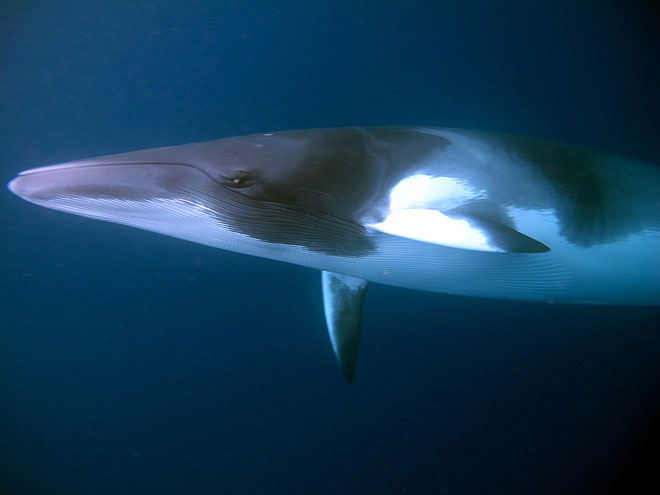 Unlike their relatives the humpback, which reach 16 metres in length, the Dwarf Minke, true to its name, is comparatively small, with the largest known adult measuring 7.8 metres in length. However, like the Humpback, the Dwarf Minke also participates in the great south to north (and back again) whale migration, although with a slightly extended summer stay.